We write about stuff here...

We were at Reboot Infogamer 2016 from November 8-13. And it was awesome! If by any chance you don't know, Reboot Infogamer is the one of the biggest game shows in Europe, expanding each year and breaking records. 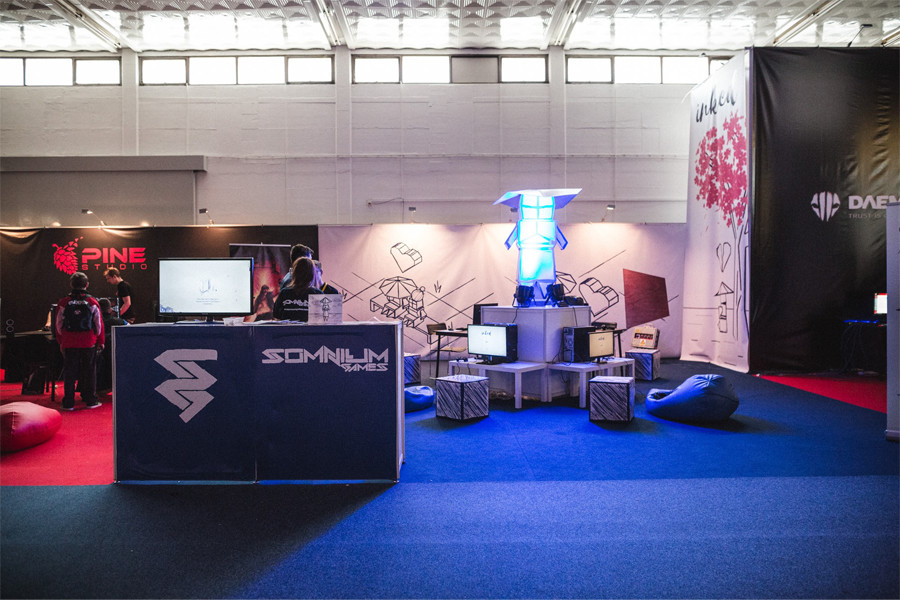 We presented Inked, and decided to make a pretty special booth. In the center we put a statue of the Nameless Hero which we surrounded by 4 slots for playing (which often proved to be to little). We also put a giant poster on the wall behind which tells the beginning of the story in two pictures. One of the coolest things we made were the cubes from the game. They look sturdy but they are actually extremely comfortable. Here you can see how the booth looked like night before Infogamer started, while we were still adding the final touches. 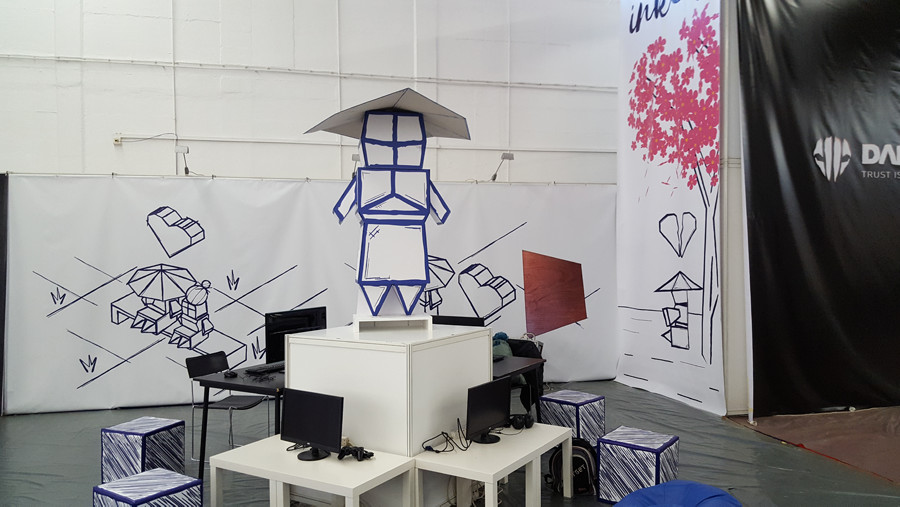 The combination of the comfy cubes, the illuminated Nameless Hero statue, and the game itself of course attracted a whole bunch of different people. Young and old, everybody tried the game and the feedback we got was amazing. People praised how the game looks and different it is from most of the other games. We also got a lot of advice on how to improve the game, which is the most valuable information a game in development can get. We would like to thank everyone that tried the game.

Check out some more images. If you were in the area, and didn't come don't repeat that mistake next year. See ya! Somnium Games team 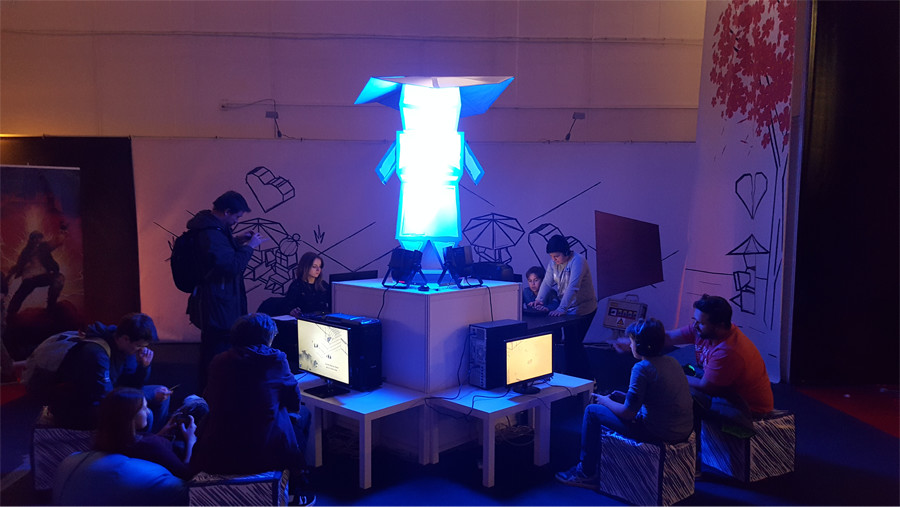 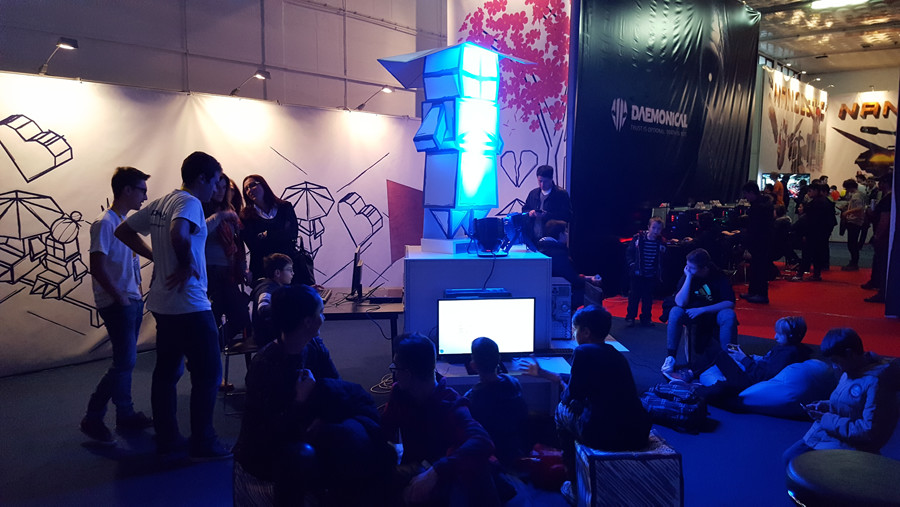